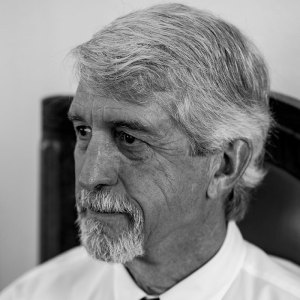 Our Senior Pastor, Peter Byron La Pointe, hails originally from Groton, Connecticut. As a teenager he moved with his parents to Delray Beach, Florida, where he became a Christian after charting a course toward self-destruction. Upon his conversion, he received a call to ministry, and after having this call confirmed by the session of Seacrest PCA, he moved to Jackson, Mississippi to attend Belhaven College. After receiving a Bachelor’s Degree in Biblical Studies, he completed his Masters of Divinity at Reformed Theological Seminary, also in Jackson. It was there and then he met his wife, Melissa. He served as organizing pastor of New Covenant PCA in Hickory, and after five years moved back to Florida to become the pastor of Cornerstone PCA in North Tampa. After seven productive years of ministry, he was approved by the Presbytery of Southwest Florida and called to begin a new work in Pinellas County. This mission became Christ the King PCA in 2000. During this time God used Pastor La Pointe to help begin two other churches: Holy Trinity PCA in downtown Tampa, and St. Petersburg PCA in St. Petersburg.

Pastor La Pointe has two married daughters and two grandchildren. Happily, they all live in Seminole and are members of Christ the King.